“Hello, my name is Carrie, and I help men and women transform their health after years of disappointment.”

This is how all the business training events I attend want me to introduce myself. It’s good, I think, though probably not as slick as it could be. But I still have a problem doing it. It’s not that the statement is wrong — I certainly do help people transform their health — it’s just that it doesn’t get to the heart of the matter or impress on people the importance of the work I do.

All of us have “where we are”and “where we want to be” points in our lives. In between these two points is a mountain of crap keeping us from reaching the where we want to be. It can be about the food we should or shouldn’t be eating or the exercise we should be getting, but in my experience, that is very little of what holds us back from getting where we want to be. The mountain is built of bad habits, negative thoughts, misconceptions about your failures or situations, stress management or lack thereof, and loads of other manure blocking your path.

This mountain of crap is what I help clients break down so that they can actually move along the path from where they are to where they want to be. I do this by listening, asking questions people don’t think to ask themselves, making suggestions, and, yes, giving homework that helps break down that mountain. It’s not that you can’t change your diet or exercise by yourself, but we all have blind spots that sabotage us. At the end of the day, I bring those things to light, help you deal with them, and create a crack in that mountain. And then you can continue your journey to where you want to be on a smoother, clearer road.

If you want help identifying and removing the mountain of crap in your path, contact me today to book an appointment.

I’m taking a break from my gut health series to write about something that has been on my mind: self-care.  Self-care is vital to our health and, in many ways, is the linchpin of creating and sustaining a healthy lifestyle. And while it’s one of those things that is talked about ad nauseam in health blogs and in health-focused magazines, it’s really hard to get people to actually do it.

In fact, self-care might be the most challenging aspect of health for my clients.  I preach it because I know how important it is, but even I can have a hard time incorporating it into my life. In fact, over the last month I’ve not tended to myself at all. And I have excuses. There’s my business and volunteer commitments, unexpected travel, illness, and now a toddler that can scale just about anything.  In the face of all that, I just let self-care fall off the list. And you know what? It did not serve me. Here I was trying to serve everyone else, but I had nothing to give.  I did it; I took care of those diverse needs, but I wasn’t eating as well as I should or exercising enough. I felt overwhelmed; I had very little patience for those around me and  started to seriously feel resentful. I don’t know about you, but this is not how I want to live my life.

Part of the challenge of incorporating self-care into our lives is that we don’t really know how to do it.  When pushed to say what we think it is, we tend to think about eating right and exercising. While there is truth in that, it goes a little deeper.  It’s really about the why and how. Self-care requires a shift in our thinking. We prepare good food or exercise not because we are beating ourselves into submission but because we know that when we eat well and move our bodies we feel better and we can handle our lives with more grace. It’s about turning off the T.V. and the phone at the end of a long day and curling up with a good book so that we can get deeper, more restful sleep. It’s meditating, spending time with friends that lift us up, and paying attention to and managing our stress.  It’s about making those things that build us up and nourish our body and mind a priority.

Here are a few tips for incorporating self-care into your life.

If you need help figuring out how to get self-care into your life or are ready to transform your health, contact me for a free consultation. 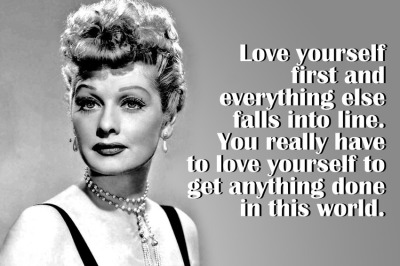 As I’m writing this it’s International Women’s Day, so I thought I would take a break from my usual posts and talk about a key and often missing ingredient to living a happy life full of energy: love of self. You can eat as well as possible and work out religiously, but if you aren’t doing it from a place of love, it’s not going to get you very far. We know that people with low opinions of themselves don’t fare well in this life. They’re suspectable to depression, suppressed immune system, etc.  As one very dry research paper out of UT Austin concluded, “People with negative self-views think and behave in ways that diminish their quality of life.” Ain’t that the truth!

I spent a good portion of my life loathing myself. I was too dumb, too fat, too whatever to be worth anything. In my early teens, that turned into an eating disorder; in my twenties, it was staying in the wrong relationship; and in my early thirties, it was crushing depressing and constant fear of being found out. And through it all, my body got the message. I was wrong; it was wrong.  Even though I would cut calories drastically and workout like I was being chased by a bear, my weight stayed the same and my health got worse.

My quality of life was not great. But I turned it around. I sought help, and I learned how to catch my negative self-talk and replace it with positive self-talk. I had a little girl, and, through her, I realized that I was precious too and deserved to be talked to the way I spoke to her. And finally, I had this revelation that I’m going to die. Not that minute or anything, but that, at some point, this journey will come to an end. Did I really want to spend it hating myself and punishing myself for not living up to other peoples expectations? Hell no!

Getting here, to this place of healing and self-love, was not easy; but along the way I learned how to see my value and, just like any nutrient that finally makes its way into the body, loving myself began to do its magic.

Tip: Pay attention to your negative self-talk. Once you get good at catching yourself, replace those words/phrases with positive ones. It takes some time for this to feel natural, but I promise that speaking to yourself positively will eventually come just as naturally as speaking to yourself negatively does now.

Have you ever noticed there are roughly a billion different diets out there, all vying for your attention? Is paleo the way to go or raw vegan? No grains? Some grains but only gluten-free ones? Should you juice once a day, three times a day, everyday, exclusively, for x number of days?

Any research you do on any diet will pay dividends. You will find several people who have been transformed by the diet and others that had the opposite experience and believe it’s a scam. So what’s the deal? What’s a person to do? I believe that every individual is unique, and, because of this, their dietary needs are unique too. This means it’s fine to learn about dietary theories and try things out that resonate with you. However, at the end of the day, the diet that is right for you is most likely the one you cobble together by listening to your body.

My one exception to this rule is that no one, NO ONE thrives on chemicals and sugar. The diet that works for you will consist of real food. So ignore that voice that says, “Carrie, you are so right! I totally thrive on pizza and cookies.” Instead, think about how you felt after eating different kinds of real food. Maybe you felt great after eating meat, or maybe you felt sluggish. Your body will help you create the optimal diet for you.

Our bodies want to be healthy, and they tell us what we need all the time. But many of us have grown deaf to that voice, listening instead to what’s been marketed to us. I would love to help you figure out what works best for you. Contact me today for a complementary consultation.

This site is edited by Best Foot Forward Proofreading.